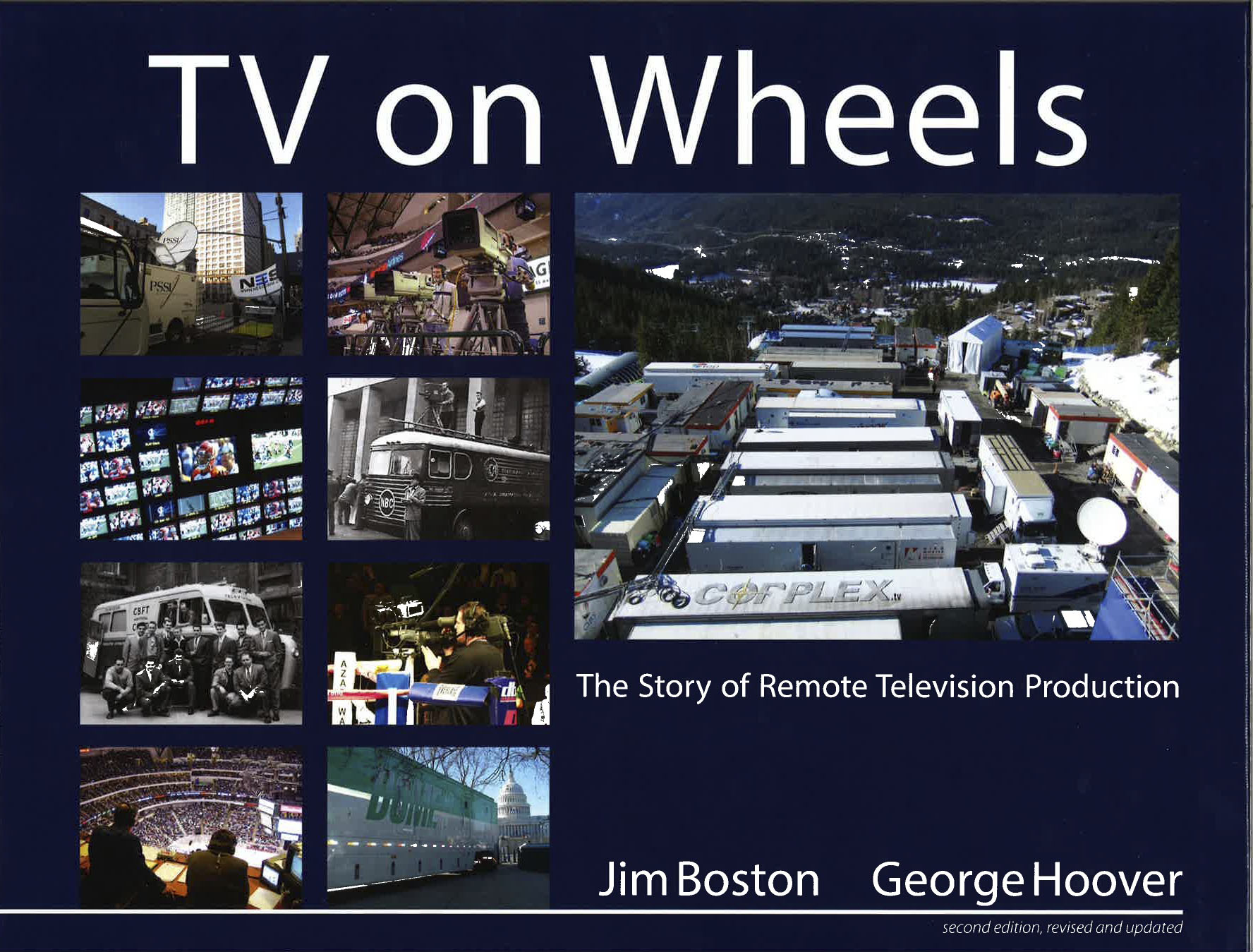 Here at Telestream we have some pretty amazing employees.  Take Jim Boston, for example.  Last November the second edition of his book TV on Wheels, co-authored with the CTO of NEP George Hoover, went on sale to the public.  We sat down for an interview exploring the complexities of mobile TV broadcasting and a bit about Jim himself.

Tell us about yourself and what you do here at Telestream.

I grew up in San Jose, down in the Bay Area, and I have been working at Telestream for a little over two and a half years.  I work in the Enterprise Support Department, generally working with the Legacy FlipFactory Product and Vantage.

You work in the video software industry and you just released a book on mobile broadcasting.  What influenced you to get involved with, and be passionate about this line of work?

Well, it’s almost been a lifelong thing.   My father was the president of a remote television production company down in the Bay Area, a company that was known as Mobile Television Production.  My after school job in high school was being a “gopher,” cleaning up trucks, running errands…that type of thing.   At one time they had four trucks, and they were actually considered a larger company back then.

Remote television production was a mom and pop business back then.  People generally got into it because they liked doing that kind of television production, and like most of those companies, my father’s company didn’t have a solid business plan.  They wanted to make money but they didn’t really have a roadmap to do that, so they struggled for a long time.  They had some successes and failures but all in all it was a good company and it brought me into the world broadcast television.

And is your father’s company still around?

No, no.  They sold off the remote trucks in the mid 70’s and he went into the postproduction business as a much smaller company.  He then retired in the mid 80’s and the company just ceased to exist.

Do companies like your father’s, more of a mom and pop venture, still exist in the industry today?

No, there is very little of that.  The business has greatly grown up.  In fact, in the second chapter of my book we talk about the history of the industry.  It used to be cowboys and dreamers that used to get into the business.  It’s grown up, especially in the last ten years.

In contrast to the companies like my father’s, my co-author George Hoover is the CTO of NEP, a large, international television production company.  NEP started the same way.  They were a small faction of WNEP in Wilkes-Barre, PA in the mid 80’s, but over time they spun away from the TV station and today they are, by far, the largest truck company in the world.  More than just TV broadcasting they also own a few studios.  Stephen Colbert and Jon Stewart’s shows are filmed in NEP facilities.  Most people don’t realize how large they are, it’s a bit different from their humble beginnings!

So anyway, it’s no longer a mom and pop business, it has grown up.  As George likes to say, “We used to be cowboys, and now we have to be ranchers.”

This is the second edition of your book, and things have undoubtedly changed in the 10 years between the two editions.  Is there anything special that has revolutionized the industry or has surprisingly endured the passing of time and introduction of new technology?

There are absolutely things on their way out of the industry.  One of the big differences from 10 years ago is there wasn’t much HD.  What was in HD was very cumbersome in the way that it was produced.  Today HD is ubiquitous.  It’s all HD, at least 720p, which is 1.5gb.  Where are they going next? 1080p.  The next generation of trucks will be built with 1080p, and already about 20% of the trucks have some 1080p infrastructure which is 3gb.

There is also talk of going 4k, which is 5.25 gb.  You know, 30 years ago they could only get frequencies like that to exist in a lab!  There is already some limited 4k stuff, but I don’t know when that will ever make into homes.

As for what is still around?  Well, in the book we talk about a couple things that are still around and have been around since day one.  The hand crank for zooms, for example.  A lot of cameramen love that thing.  I did some camera work early on, and yeah, you can do some good work with that.  It’s better than an electronic zoom.  They call them bologna slicers, by the way!

Very funny!  Now that broadcasting and production is such a huge industry, can you give us some insight into what goes on during a large broadcast?

Of course.  Recently I went to visit a Monday Night Football production.  It’s not a truck anymore; actually it hasn’t been a truck for a long time.  It’s a whole compound.  They have five trailers, one of which is a utility trailer.   The event has gotten so big it takes a whole trailer just to carry the stuff that goes out into the field, the stuff they use to build the booth, and all sorts of other equipment.  They also have four other trailers that house 90 operators spread among them during the game.  There is a power generator truck as well, which is something that has changed in the last ten years.  Big events now, instead of using local shore power, use generator power.

It seems that productions these days are quite self-contained.

Oh yeah.  The whole rest of the city can go dark around them and they can keep going.  They won’t have much to show, but they will still be able to put on a program!

I know that one of the biggest event in television just recently took place in Sochi, Russia when billions of people tuned in to watch the Winter Olympic games.  What is it like at such a large and important international event?

Well I have some first hand experience with this; I did the 1984 Olympics in LA.  The Olympic Games are like a temporary ESPN.  In any given year ESPN does 2800 remote events a year.   The Olympics has, in the two weeks, just under 1000.  Now, not everything goes to our air, of course.

In those days the host country was responsible for the entire television productions process.  Every event had to be recorded.  I remember I was working in the volleyball venue and we had to record every single match.  We had to do Ethiopia vs. Albania, or something like that, and there were less than 50 people in the crowd at the Long Beach Arena, but we had to do it!  We were under contract.

These days, the IBOC, the Olympic Committee itself, has taken over that task.  They are the host broadcaster and they put together a whole central facility that has portable studios.  They put these studios together with control rooms and distribution centers so countries all over the globe can have access to live broadcasts.

In addition to the central facility, you’ve got all these unique venues.  Some of them are big venues that are Super Bowl sized themselves, like hockey or figure skating and the downhill, and they have a truck compound just for that.  So, really, it’s a mini ESPN type situation compressed into 17 days.  It gets pretty complicated.

Well Jim, thanks for taking the time to speak with us about your book and the TV broadcast industry in general.  I know I will watch sports broadcasts in a different way for sure!  Good luck with your work here at Telestream and we look forward to edition 3!