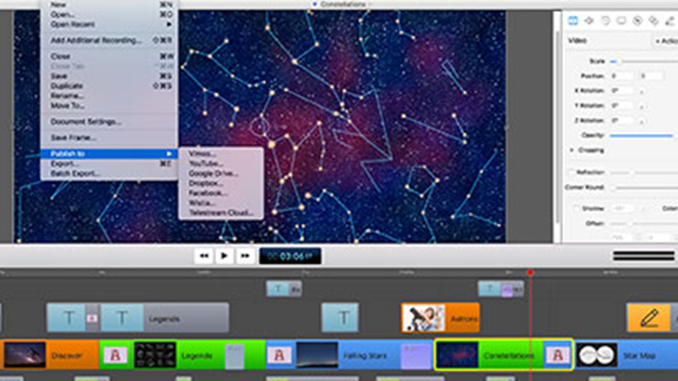 There are a lot of nice effects that you can import into ScreenFlow from other applications such as Adobe After Effects or iMovie. But what if you don’t know those programs? How do you create some cool effects using only ScreenFlow?

Here’s an example of how to create a text effect I call “falling text” in three easy steps:

Take a look at this 3 minute instructional video.